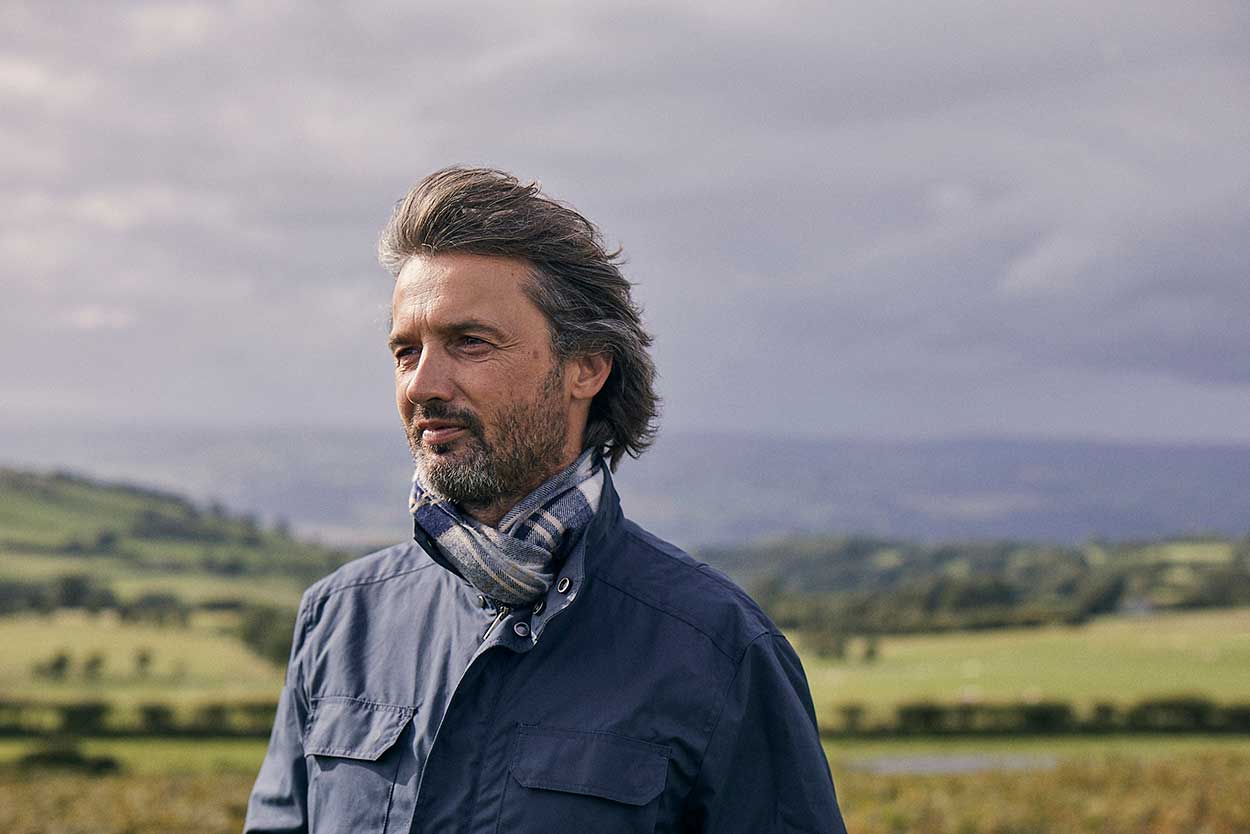 FRAHM isn't your usual jacket company. Founded by Nick and Emmalou Hussey in 2018, the company set out to provide high-quality men's jackets, only available online and through pre-order. But beyond their jackets, FRAHM is built on strong ethical foundations to do right and be kind. As part of this, they give £10 from every jacket sold to Mind, the mental health charity, and promote mental health honesty.

During the recent Black Friday and Cyber Monday sales, FRAHM took a different approach to the culture of toxic marketing and heavy discounts. Instead, the team dedicated themselves to 'Do Good Friday', a notion designed to drive meaningful impact by simply doing good.

In this interview, FRAHM Founder Nick provides insight and advice as he shares his business failures, successes and own mental health struggles during his entrepreneur journey.

The following conversation has been edited for length and clarity. TW: Contains references to mental health and suicide.

1. Where did the idea for FRAHM come from?

There are a number of specific pillars that form FRAHM that actually come from the failure of my previous business Vulpine, a commuter cycling clothing brand, which went bust in 2017. FRAHM was basically created out of everything I learned from that failure.

I was quite inexperienced as an entrepreneur; we had a lot of investment, and there was a lot of pressure. We were growing very fast, the stock didn't turn up, our cash was in the stock, and we quickly ran out of cashflow. It isn't easy to turn that ship around once you're going at speed.

When we went bust in May 2017, I had a nervous breakdown, and I became suicidal. I'm very open about that because what I realised is I'm a very open and emotional person. If I find it difficult to say that stuff - I didn't tell my wife that I was, felt that way for over a year - then it must be really hard for many men who tend to be even more repressed than I am.

Interestingly, a lot of the people that I met in the investment world said, "Great, you've learned a lot, now what are you going to do?". It wasn't an attitude of "Oh dear, oh dear." And I loved that because I thought, yes, I can actually turn all this terrible stuff that's happened into something useful. Which is why I was determined to start another business and to do it better.

So, in 2018 I wanted to create another business, and this time, it came not from just passion but also from logic. The logic was, I know that I'm good at designing jackets and I really like them; they're expensive, and there's a market for them. Expensive means I can design the best possible thing. So, I'm going to make jackets and sell them purely online because I like and see the future in eCommerce. The main difference is I created the finance model before I created anything else. So, I did the opposite to what I previously did and funded the jackets in advance by selling on pre-order. From launch (of FRAHM), I used the things I'm good at to mitigate those I'm bad at and form something else.

Another thing I didn't previously do well was to have a good support structure. So, this time, I got the seed funding to start from Jason, my best friend. But importantly, he wasn't just my friend; he's also very good at operations and finance. He's a CEO of a much bigger company with a £200m turnover and understood the things that I didn't. He's a very good person to reflect my thoughts and opinions. I have to be very open-minded about his criticism, which I really respect. That was a big help.

2. Pre-order only. That has softened, and I've started an in-stock range because people get frustrated by waiting so long, and I couldn't take any cash out of the business with it constantly being spent on stock. Sometimes you do need to sway off the path.

3. Our very strong messaging about mental health and about giving money to mental health charities. £10 from every jacket goes to Mind. I talk a lot about mental health, and we try and do marketing that's mental health-friendly. We don't do toxic marketing that aspires to a lifestyle that people can't ever reach. When I first started, I didn't know whether a mental health message with really posh jackets would work, but I just felt it might, and it has. It's because so many people go through mental health issues in their lives or know someone who has, so they really connect with what we say.

3. What is your top tip for founders to avoid burnout and help navigate their mental health?

In terms of burnout, I think it's being self-aware. I did a mental health podcast recently where I said, "Don't forget it's only a f***ing business." And I said that very deliberately not to be controversial; it's at the end of the day, nothing matters if you kill yourself, which can and does happen to people who push themselves too far in all walks of life, not just as entrepreneurs. It's easy for founders to think that the be-all and end-all of their very being are attached to the business's success. When that business goes wrong, which often happens, they collapse, and the person collapses with it.

It's important to think about your end goal and be very clear about whether it is achievable for the sort of person you are. For instance, the end goal for FRAHM is not to make this a multi-billion brand; I'm not trying to make a unicorn. But weirdly, in putting in place the pre-order system and not raising investment, I have created a much faster-growing business -we've grown six times this year so far over the last year or so.

I also think just having people you trust and being open to trusting people who will tell you things if you need to hear them. It's the best way to look after yourself - talking to people.

4. What do you hope FRAHM will change?

The other is that I really hate bad quality. I want to show that there is a way that you can create exceptional garments that last a very long time, that delight people and can be passed down. People assume that customers will buy one jacket, and that'll be it, but actually, most of our customers purchase multiple jackets for different purposes. If I boiled it down, it would be if you have a strong moral compass about what your brand is, you can create an amazing and profitable business that grows fast and is kind.

5. Tell us about your approach to Black Friday, Cyber Monday and Christmas sales.

One of the advantages of having a pre-order model and only making what we sell is that we don't have excess stock. We give 20% off, so we do discount, but we give 20% off for customers giving us the money upfront. I want to motivate customers that pre-orders are the way to go and reward people and make it symbiotic - you help me, we'll give you 20%.

I don't particularly like Black Friday; the concept of it and the way it's sort of taken over the world. And I think that over-selling is very bad for the environment. So, a long time ago, I decided not to do Black Friday and came up with the term 'Do Good Friday'. And to say, 'Do Good Friday, not Black Friday', you have to do something good then. So this year, we are doubling our donations. We're still giving £10 to Mind, the mental health charity, but also £10 to Crisis, the homelessness charity. And then I went to all my staff in October and said, look, I will pay for everyone to do a mental health first aid course, if you want, if you don't, don't worry. And to my genuine delight, everyone is doing it. That really pleases me and stitches the mental health attitude into everything in the office as well as what we say to the outside world.

6. What do you think is the most important way businesses can help their employees more with mental health?

This is about a good business being a kind business. First of all, it would be crazy for me to not look after my staff's mental health while I'm preaching good mental health to other people. I don't believe in an hours culture. I genuinely don't think it does anyone any good, and I don't think you get good productivity. You also don't want them to leave, you know, staff turnover. If you look after your staff, they look after you - it's all symbiotic.

1. I think curiosity is incredibly important. You're going to have to come up with new ideas, and you can't create a business without doing that. You need to be curious about people, as well as you will have to deal with all kinds of people.

2. The obvious one, you've got to be a massive self-starter. What I've generally found is most people don't believe you can do things. You have to keep pushing through and be very productive. There are a lot of points where I would have given up a long time ago if it wasn't for my own drive and determination.

3. The balance between being self-critical and self-confident. You have to be self-confident because you have to go out there and believe in what you're doing. But at the same time, you have to be self-critical because you're going to get it wrong and need to be open to being told that. I think that just comes from a lot of experience, but if you're not confident enough, you will never get going.

8. What is your number one tip for businesses looking to be more socially or environmentally responsible?

9. Are there any other companies you admire for their approach to business?

Everyone looks up to Hiut Denim. They are a business that has built a brand around one specific type of garment and focused on doing one thing well. I was actually very inspired by a small bike company called Hunt Bike Wheels because they gave me the pre-order idea. These are not big companies, but they have their own level of success. The people who run them have nice, kind, calm lives. They're not trying to be billionaires, but they have success in terms of better lifestyles.

We're launching a women's range next September. That's something I wanted to do from the beginning, and I think there's a huge opportunity there. Most of my staff are women, and we talked about how poorly the market is catered for. And a lot of women are asking too, so I'm really excited about that. We're doing a big national campaign with a mental health charity next year, which will be stitched into the business. And we'll be doing a lot of videos to help expand our reach. That is the big game for next year is more people, not more jackets.

Forward Advances are a revenue-based finance provider helping UK digital SMEs grow. If you're an eCommerce, SaaS or app and need help funding your marketing or inventory, apply here to see how much you could be eligible for. 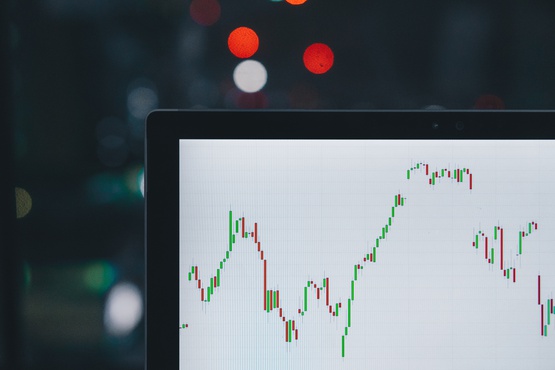 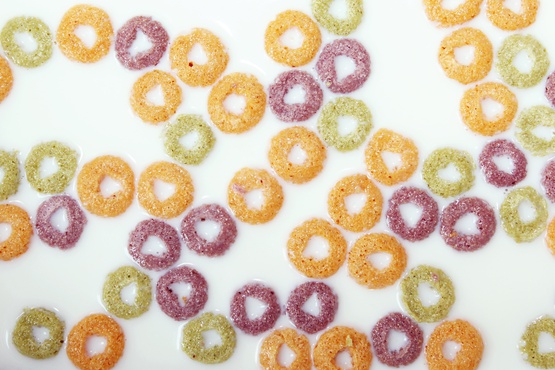 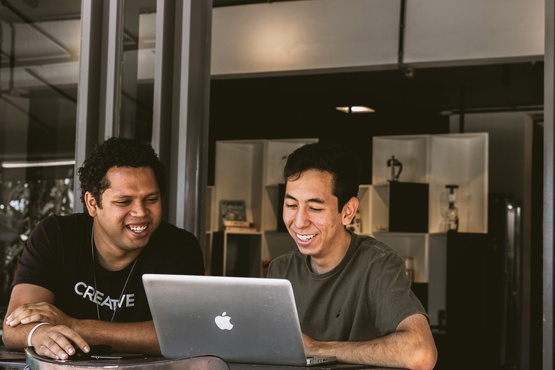 What is revenue-based financing and how can it help your business?

Seize the opportunity. Get funded. Grow.

See how much you could borrow in just 5 minutes.